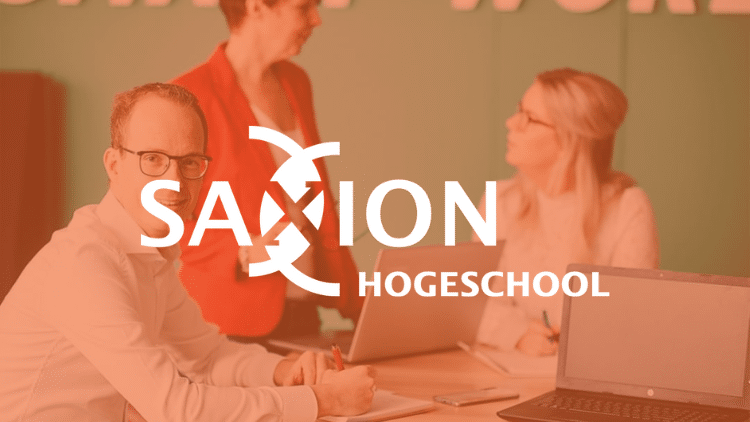 Saxion facilitates higher vocational education in Apeldoorn, Deventer and Enschede. With more than 26,000 students, the university is a player of magnitude and has a major impact on an event like the corona crisis. For the organization, the pandemic quickly led to a complete (temporary) closure of all three locations. As with other (semi) government institutions, the majority of the organization’s employees and students will work from home at least until 1 September 2020.

Since January of this year, the organization has been signing digitally with the digital signature of ValidSign. The reason for the adjustment of the digital signature were the high costs that resulted from the manual handling of all kinds of administrative processes. Saxion has started to settle the student declarations. The declaration is submitted by students hired by the school to assist at a particular event within the organization. Thousands of student declarations are submitted and signed every year. The majority relate to declarations of amounts between 12 and 25 euro, the administrative costs of which could rise to 45 euro per declaration. Thijs Groener, Business Process Manager at Saxion says: “ValidSign would initially only be used as a pilot to reduce the administration costs of student and guest lecturer declarations. After the pilot, we wanted to roll out the solution more broadly. Due to the corona crisis, we have accelerated the solution in a few weeks within several departments of Saxion.” Currently, both procurement contracts, employment contracts, documents within the examination board as well as data statements and documents from the Executive Board and Supervisory Board are signed with ValidSign.

In recent months, the entire organization has been working from home and validsign allowed the majority of the signatures to facilitate time and place independently. More than 70 employees have already made their signatures through the platform, which has allowed other business processes to continue. In addition to the cost-saving characteristic of ValidSign, the digital signature is also process accelerating. For example, the lead time for signing a student declaration has increased by 90 percent. The signing process of an employment contract and the documents of the Executive Board and Supervisory Board, which could previously take weeks, can now be completed within a few days. “The number of transactions has been greatly reduced and employees have more time for other things. In addition, they now have insight into the status of the signature and the document.”, says Groener. Documents no longer need to be printed, signed, sent and archived manually.

The organization attaches great importance to the satisfaction of its people. The solution therefore serves as an additional service from Saxion for both students and employees. “Shortly after the introduction of the digital signature I received responses from enthusiastic colleagues. A colleague even indicated that she had done a dance after using the solution for the first time,” says Groener. ValidSign requests continue to arrive weekly. To control this number, the organization shared the platform’s login credentials along with concise process descriptions and work instructions on its service management platform so that employees can pick it up independently.

In the near future, the solution will be used even more broadly within Saxion University of Applied Sciences. Groener says: “The digital signing of internship agreements might be a solution for our students and employees because this process takes a long time. It is a period that is being looked forward to for most students and it is nice that it can be arranged without paperwork. In addition, we would like to integrate ValidSign into our own software. Due to the corona crisis, this project has been paused and will probably be picked up again later this year”. Once the integrations are realised, even more departments will use the digital signature, speed up more processes and save money.